Sweden, at the forefront in PPA contracts but lagging behind in offshore wind in Europe

Of the 17 GW of the European offshore wind capacity, Sweden only has 0.2 GW

WindEurope (European Wind Energy Association) in a recent report highlights the success of renewables as a source of energy for companies in Sweden, in contrast to the limited development of marine wind in this country.

The CEO of WindEurope, Giles Dickson, has commented on the highlights of the report recently published by WindEurope, ‘Wind Energy in Europe: perspectives for 2022‘, and noted that between 2018 and 2022 there will be wind installations that will represent 82.3 GW in all Europe. In this context, the leader of WindEurope has asserted that Sweden is willing to play a leading role, with 4.8 GW onshore installations.

The electro-intensive industries remain the greatest “consumers” of PPA contracts

In this sense, Dickson has highlighted the phenomenal success in the supply of renewable energy to businesses in Sweden: «with regard to the PPA contracts for the purchase of renewable energy, the Nordic are leading, with Sweden, at the forefront.» Electro-intensive industries such as paper, steel, chemicals and the automotive remain the greatest ‘consumers’ of PPA contracts. Although, «there is still a lot of work to be done to unleash the full potential of the PPAs in Europe,» according to Dickson.

Present and future of offshore wind in Sweden

However, with regards to offshore wind energy, Sweden is still way behind other Member States. In fact, of the 17 GW of the European offshore wind capacity, Sweden only has 0.2 GW. This contrasts sharply with current trends in Europe: the costs of offshore wind continue to decline, while the capacity of newly installed marine turbines continues to rise. Dickson has underlined Sweden’s potential in terms of floating deployment on the high seas and has emphasized that a happy coexistence between offshore wind and military operations is not only desirable, but also fully achievable.

If Member States address the challenges of repowering, wind power should be the main source of electricity in Europe by 2030

Above all, Dickson pointed out that the prospects for wind energy in Sweden are good, but he also recalled that the renewal of the turbines that are reaching the end of their useful life will soon be a real problem throughout Europe. If Member States address the challenges of repowering, wind power should be the main source of electricity in Europe by 2030. However, the decarbonization of Europe’s energy mix indicates that wind energy should focus on more than electricity.

In this sense, Dickson has explained the main conclusions of WindEurope’s recently published report, ‘Breaking new ground’, which lays the foundations for the increase in the electrification of the European economy. The analysis shows that electricity accounts for less than a quarter of Europe’s energy and, while Europe is doing well when it comes to turning renewable energy into electricity, the rest (heating, transport, industry) continues to be fueled mainly by fossil fuels.

The CEO of WindEurope has made the following reflection: «The role of current electricity must change if we are going to decarbonize the economy. The electrification of heating, transport and industry is the answer. We have the technology to do it and it is viable. But we also need better integration and investments in the network, more flexibility in the system, and that gradual phase out of fossil fuels continues to progress.» 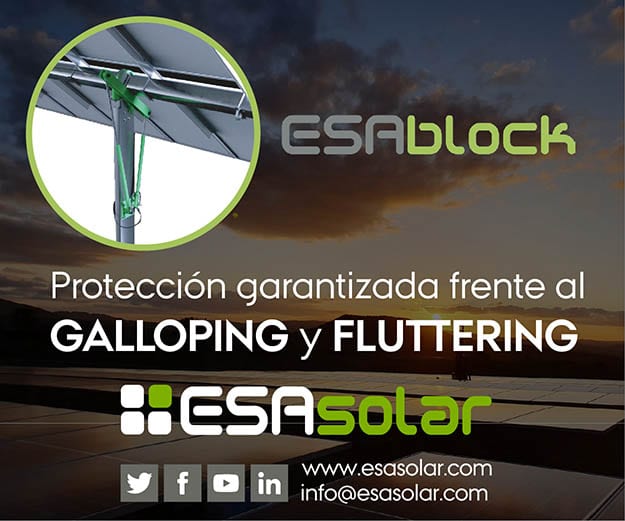