The platform ‘A future without coal’, has launched in Spain the European report ‘Last Gasp: The coal companies making Europe sick’. This report, promoted by the European alliance Europe Beyond Coal, highlights the hidden cost of the use of coal for the production of electricity, using data models that take into account power plants emissions and meteorology to study their impacts on the quality of the air and the population health.

Claims of ‘A future without coal’

Its claims to the government comprise among others that no more subsidies be granted to coal and that year 2025 be set as the limit for the continuation of coal thermal plants in Spain. Utilities are being asked to stop investing in their coal plants and officially request closures as soon as possible to ensure shut downs are ordered and planned.

The Spanish platform has launched an action campaign that includes communication activities and specific actions against coal to be held throughout the state on December 1.

The figures of the present with coal

The report prepared by the European platform shows that gases and particles emissions from the plants of the leading companies in the sector lead to serious health problems and billions of euros in hidden costs, according to the detailed model. Specifically, according to the report, «the cost of the most polluting energies, which is being borne by civil society, is up to 22 billion euros.» In addition, «the 91 coal plants currently operating in Europe are responsible for 7,600 premature deaths, 3,320 new cases of chronic bronchitis, and more than 137,000 cases with asthma symptoms in children.»

The platform ‘A future without coal’ points out to ten companies that can be held responsible for two thirds of the health impacts of the production of electricity from coal in Europe, according to the 2016 data analyzed. RWE and EPH, in Germany, that burn a high amount of coal, in particular lignite, the most polluting variety, and burn it in highly populated regions. In Spain, the platform points at Endesa as the most polluting, with 6 of the 16 plants currently operating in our country (including its participation in the Anllares thermal plant).

The health costs calculated at European level can be deduced from the 5,800 hospital admissions and more than two million lost workdays attributable to the pollution by coal, according to the platform. These costs are equivalent to or higher than the income from the sale of electricity from coal.

«The companies are very well aware of the health problems they are responsible for, but as this report shows, the impact of their pollution is much broader and more serious than is often thought, Europe is a densely populated region, and a coal-fired plant in any country threatens the health of the population throughout Europe due to cross-border pollution, «says Kathrin Gutmann, campaign director of the European Alliance Europe Beyond Coal. «The closure of coal plants will improve the health of a large number of people, in addition to contributing to the fight against climate change,» she concludes. 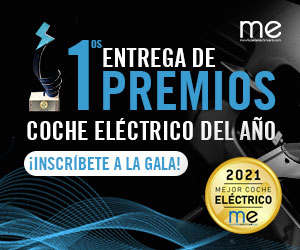