Only 25% of the Viennese use the private car

While Vienna is very proud of its excellent quality of life level, concern about the growth of its population – estimated to reach two million inhabitants by 2023- is raising. The development of the Smart City is a priority that has its starting point in the city of Aspern.

Maintaining that level of quality of life and conserving natural resources involves the development of the city towards the Smart City. Birgit Ginzler from Urban Innovation Vienna tells us that one of the keys to a more sociable city is the use of public transport. In fact, 50% of the Viennese use it, compared to 25% who use the private car, 20% who walk and 5% who use the bicycle or other means of transportation. One of the facts that contributes to the great use of public transport is the annual ticket with a price of 365 euros, that is, 1 euro per day, with which any type of transportation means can be used throughout the entire city.

It is striking that although the arrival of the electric car is one of the changes that will help reduce polluting emissions, the city of Vienna does not take special care of its development with advantages such as free parking. It is treated as a private car whether it is electric or combustion and according to Ginzler, the city tries to avoid private vehicle traffic. 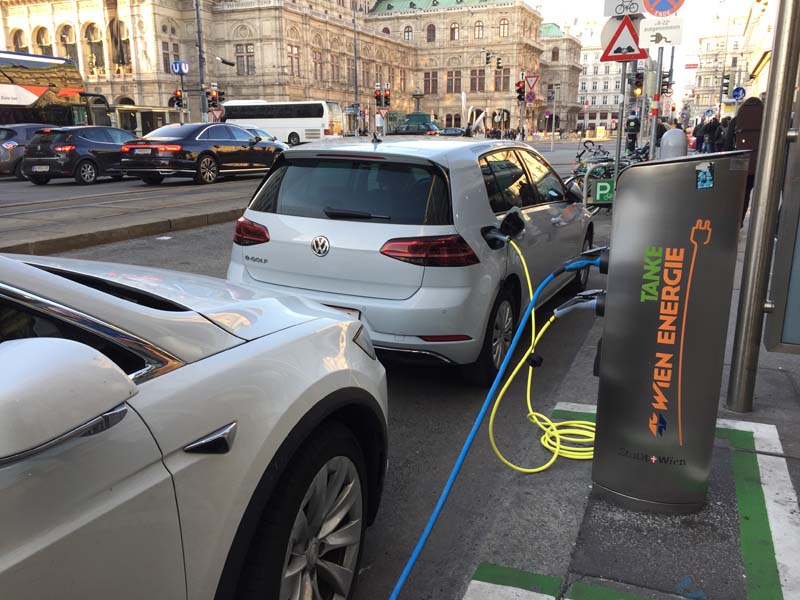 Shared charging point in the city of Vienna

However, Vienna is installing fast charging points to facilitate the arrival of the electric car to the city, and supporting the taxi sector to transform its fleet into 100% electric.

But a Smart City is not just mobility, one of the legs of a chair that also includes urbanism, energy and social activity. The Smart City Vienna initiative began in 2011 introduced by Urban Innovation Vienna, universities, associations and private companies, and shaped its laboratory in the new city of Aspern with its completion expected in 2028. To date, one quarter of it has been built. It is 240 hectares that will house more than 11,000 family units and space for offices, factories, shopping and leisure centers, colleges and universities.

240 hectares that will house more than 11,000 family units and space for offices, factories, shopping and leisure centers, colleges and universities.

Also striking is the fact that there will only be 2,200 parking spaces in the community car parks. The idea is that Aspern inhabitants move to their jobs or study by bicycle, scooter, walking or public transport, because in most cases their work centers will be in the same city. For the trips to Vienna, the extension of metro line 2 put into service in 2013, is used.

As the first business unit, the Seestadt Tecnology Centre was created in 2012. This building housed 23 companies related to research and development, which represent the highest sustainability standards. Among the five tall buildings that will be built, the HoHo Wien is the highest hybrid wooden tower in the world, which will house a new generation of sustainable companies.

The distribution of the parcel will be made from the City Hub, which will use electric bicycles for door-to-door distribution.

A NAVYA autonomous bus will travel the streets of Aspern from 2019 in test mode. 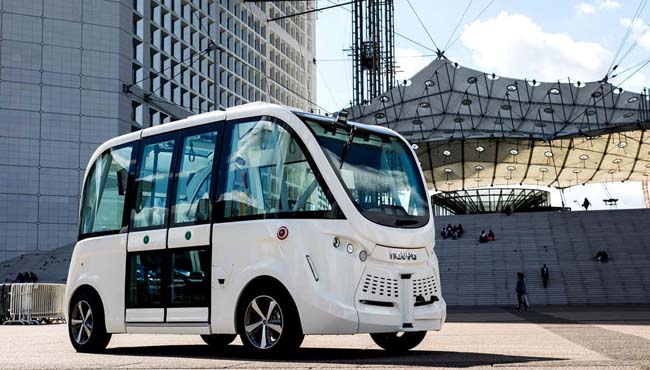 The energy needed to light and heat Aspern homes will involve an investment of about 38.5 million euros and will be based on photovoltaic generation, geothermal and District heating and heat pumps. The buildings themselves will manage both the electric power and the heat needed to heat the homes, and will be able to store or transfer the surplus energy to the network. Each neighbor can monitor his home and decide on its production through his smartphone. 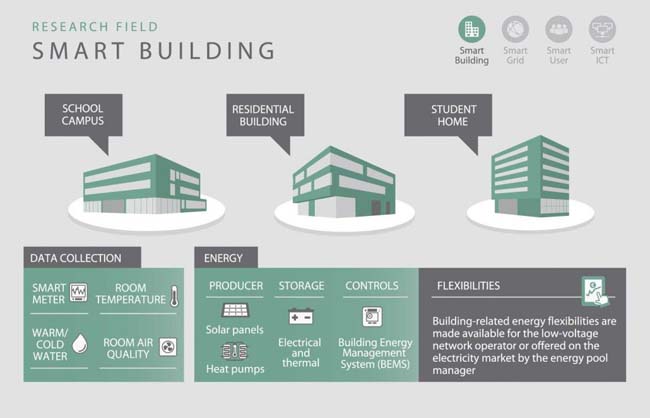 The energy needed to light and heat Aspern homes will involve an investment of about 38.5 million euros

One of the flagship buildings of Aspern for the particulat attention paid to energy efficiency is the one that houses the nursery and primary school. These 4,000m2 built have an annual energy cost of about 10,000 euros, thanks to its geothermal, solar energy and aerothermal facilities. 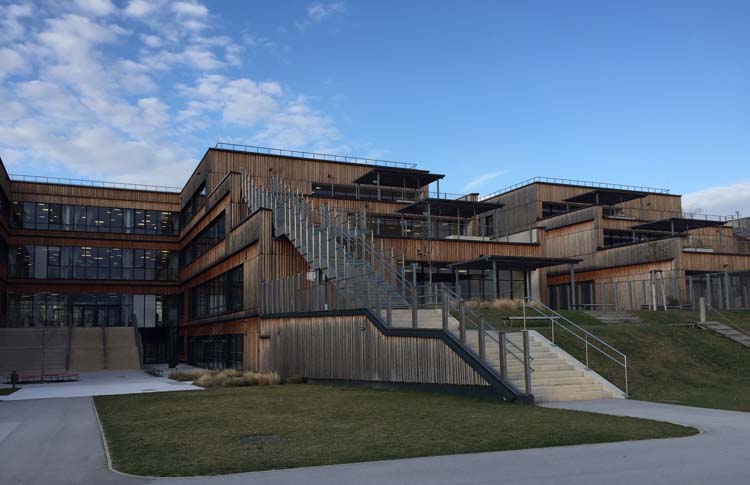 e-GLASS Project, innovations for combustion in furnaces in the industry 4.0