It would generate additional investments of around 368 billion euros

The European Union (EU) can increase the renewable share in its energy mix to 34 percent by 2030, twice the share in 2016, with a net positive economic impact, a report by the International Renewable Energy Agency (IRENA) launched yesterday in Brussels says.

The report ” Renewable energy prospects for the European Union”, commissioned by the European Commission to IRENA, highlights that it is possible to achieve higher percentages of renewable energy with current technology and that doing so would generate additional investments of around 368, billion euros until 2030 , which is equivalent to an average annual contribution of 0.3 percent of EU GDP.

During his presentation in Brussels, the director general of the International Renewable Energy Agency, Adnan Z. Amin, pointed out that the number of people employed in the sector across the EU – currently 1.2 million – would grow significantly with a revised strategy.

The number of people employed in the renewables sector across the EU – currently 1.2 million – would grow significantly with a revised strategy.

In addition, increasing the share of renewable energy would help reduce emissions by an additional 15 percent by 2030, an amount equivalent to Italy’s total emissions. These reductions would put the EU in line with its goal of reducing emissions by 40 percent compared to 1990 levels, and would put it on a positive path towards longer term decarbonisation.

“The increase would result in savings of between 44 and 113 billion euros per year by 2030, taking into account savings related to the cost of energy and the environmental and health costs prevented,” IRENA said in a statement. 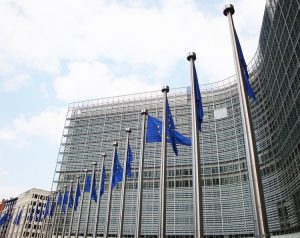 “For decades, through ambitious long-term objectives and strong policy measures, Europe has been at the forefront of the global deployment of renewable energy,” Amin said. “With an ambitious and achievable new renewable energy strategy, the EU can offer market certainty to investors and developers, strengthen economic activity, generate jobs, improve health and put the EU on a more solid decarbonisation pat, in line with its climate goals, “he added.

Welcoming the timeliness of the report, Miguel Arias Cañete, European Commissioner for Energy and Climate Action, who also participated in the presentation of the report, said that it “confirms our own assessments which conclude that the costs of renewable energies have decreased significantly in recent years, and we need to consider these new realities at our levels of ambition for the upcoming negotiations to finalize Europe’s renewable energy policies. ”

The report notes that renewable heating and cooling options represent more than one third of the EU’s additional renewable potential.

The report highlights that all EU Member States have an additional cost-effective renewable energy potential, and points out that renewable heating and cooling options represent more than one third of the EU’s additional renewable potential. In addition, all renewable transport options will be necessary to meet the EU’s long-term decarbonisation targets.

-Reaching a 34% renewable share for the year 2030 would require an estimated average investment in renewable energy of around 62 billion euros per year.

-The renewable energy potential identified would result in 327 GW of installed wind capacity, 97 GW more, and 270 GW of solar energy, an increase of 86 GW compared to today.

-The accelerated adoption of heat pumps and electric vehicles would increase electricity to 27 percent of total final energy consumption, compared to 24 percent in the usual scenario.

Renewable energy would represent 42 percent of the energy in buildings, 36 percent in industry and 17 percent in transportation

-In the end-use sectors, renewable energy would represent 42 percent of the energy in buildings, 36 percent in industry and 17 percent in transportation.

– All renewable transport options, including electric vehicles and, both advanced and conventional, biofuels are needed to achieve the long-term goals of EU decarbonisation.