CL-Windcon project, a new way of designing a wind farm

It is based on the close-loop control paradigm

by Carlos Sánchez
in WIND
0

The CL-Windcon project has recently held its third General Meeting in Pamplona, ​​organized by CENER (National Center for Renewable Energies). During the event, the partners presented the main developments of the European project, which proposes a new approach to the design and operation of wind farms based on the windfarm’s close-loop control paradigm.

For the moment, the CL-Windcon project has developed wind farm models that now make up a series of multi-fidelity tools with a wide range of applications for the design and validation of wind farm control.

Furthermore, in response to the fact that when the blades of a wind turbine enter the wake of another turbine, additional cyclic loads are generated, CL-Windcon has developed partial overlap detection estimators for the activation of countermeasures to reduce loads generated by wake, a novel wake direction methodology in closed loop, as well as an individual pitch control. Reliability improvement techniques have also been proposed for fault management of generator speed measurement sensors based on sensor redundancy.

It has developed partial overlap detection estimators for the activation of countermeasures to reduce loads generated by wake, a novel wake direction methodology in closed loop

Likewise, validation activities have been carried out for the turbine control strategies and support technologies developed in CL-Windcon. In addition to the simulations, three wind tunnel campaigns have been carried out so far and the fourth is expected in the coming weeks. The instrumentation for the full-scale trial in the experimental windfarm has also been implemented, according to a statement.

Finally, the activities for the feasibility assessment of the technologies proposed have begun by laying the groundwork for a common approach. This will allow an analysis under different perspectives such as operation and maintenance (O & M), machine and windfarm technology, redesign, life cycle cost analysis (LCC), life cycle analysis (LCA) and level cost of energy (LCoE), or wind energy regulations.

The CL-Windcon project includes other transversal activities focused on the dissemination and communication as well as the exploitation of the results. The main objective of these activities is to give visibility to the project among the different actors of the wind energy sector, regulators and general public. The goal of the results exploitation strategy is to bring to the market the main applications of the project in the sector, the statement continues. 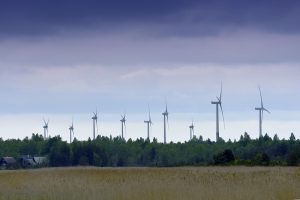 The next steps of the project will be the classification of the models and the development of park-level control, the implementation of high-fidelity simulations, the preparation of the field trials, the continuation of wind tunnel testing campaigns and the progress of feasibility studies. All the developments will be reviewed at the next general consortium meeting to be organized by Polimi in Milan next October 2018.

CL-Windcon is funded through the Horizon 2020 Framework Program for Research and Innovation (contract no. 727477) and will run until October 2019. The project has a total cost of 4.9 M €. CL-Windcon is entirely aligned with the targets of the Energy Transition and action policies against climate change developed by the European Union.

Representatives of the 15 partners that comprise the consortium have taken part in this event: General Electric, Ramboll, the University of Stuttgart, the Technical University of Munich and UL International GmbH / DEWI of Germany; Enel Green Power and the Polytechnic University of Milan (Polimi) of Italy; The University of Aalborg of Denmark; the Technical University of Delft and the Energy Research Center (ECN-TNO) of the Netherlands; Garrad Hassan of the United Kingdom; as well as the Spanish entities Ikerlan-IK4, Qi Europe, ZABALA Innovation Consulting and  CENER as coordinator. The main milestones of the project were shared and assessed over these two days.