by Carlos Sánchez
in PV
0

GAS NATURAL FENOSA, through its subsidiary Global Power Generation (GPG), has agreed to acquire two photovoltaic solar plants from Canadian Solar Inc. in Brazil. The agreement is subject to certain precedent conditions, including the approval of the Brazilian competition authorities. They are expected to generate 165 GWh per year overall.

The multinational utility will invest approximately 95 million euros to develop what is set to be its second power generation project in the country after successfully implementing the Sobral and Sertao projects, put into operation in 2017. The estimated production of the project will be 165 GWh per year. With this new acquisition GPG strengthens its commitment to renewable generation in Latin America by doubling its generation in the Brazilian market after its entrance in 2017.

The plants to be built by GPG are associated to an agreement to sell the energy generated over a period of 20 years, with the Brazilian public system, at an average price of 97.5 € / MWh. The photovoltaic projects called Guimarania I and Guimarania II of 83MWp are located in the state of Minas Gerais and are expected to begin operations in the fourth quarter of 2018.

The photovoltaic projects, called Guimarania I and Guimarania II, of 83MWp, have an estimated production of 165 GWh per year

Global Power Generation (GPG) is the GAS NATURAL FENOSA company dedicated to international generation, which has a 25% stake in the Kuwait Investment Authority (KIA), the world’s oldest sovereign fund, established in 1953. The fund manages an installed capacity of about 3,000 MW and has a workforce of approximately 800 professionals, the company said in a statement.

In Spain, the company has just begun to build the first wind farm in Extremadura, “Merengue”, which will produce 155 GWh annually

Meanwhile, in Spain, the company has just begun to build the first wind farm in Extremadura that will generate around 250 jobs and will involve an investment of almost 40 million euros. The Merengue wind farm will produce 155 GWh annually, equivalent to the annual electricity consumption of 44,000 homes. 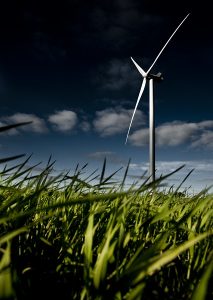 This infrastructure will contribute to reducing some 120,000 tons of CO2 per year, in addition to other polluting emissions. It will feature 15 wind turbines and a power of 40 megawatts (MW). Construction work is expected to be completed by the end of this year.

With the development of this project, part of the 667 MW awarded in the May auction for new renewable power held by the Ministry of Energy, Tourism and Digital Agenda (MINETAD), the company confirms its commitment to Extremadura which it will increase in the future.

In addition to the Merengue wind farm, Gas Natural Fenosa Renovables is developing other projects in the Autonomous Community that are currently in the process of administrative processing, such as the Las Jaras photovoltaic plant, located between La Albuera and Badajoz with a capacity of 50 MW, or the Miraflores photovoltaic plant, in the municipality of Castuera, which will have an installed capacity of 20 MW, as well as additional plants in the development phase.

Peru to hold a renewable capacity auction for mid-year

Peru to hold a renewable capacity auction for mid-year